Why Is 5G A Cause For Concern? The Science Behind Mobile Communication And EMF Radiation

A massive welcome to Crispin Dawson from the Noble Naturals Team, who brings you a fascinating, in-depth look at the empirical health and safety research behind mobile communication, EMF and how the network providers are moving forward with 5G.

There are many questions surrounding how 5G works, what it enables and if there are health risks. This article covers some must-read health and safety aspects of 5G and some helpful links for anyone wanting to navigate through this potentially emotive area of technology in a balanced, evidence-based manner.

Check out the range of EnergyDots which interact with this form of radiation directly at the source - circular adhesive magnets, programmed with a naturally-occurring Phi frequency so EMF's are no longer harmful for the human body to absorb.

In an age with an ever increased emphasis on speed and efficiency, naturally, technology will evolve to accommodate these desires and trends. With our lives ever dependant on the world wide web, mobile phones and all things 'smart' it's not surprising that our overstretched network providers are looking to the next generation of communication as a solution to this direction in pace and speed: 5G

To understand this new advancement in communication, we need to know what science can and can't tell us, look at the industry and independent data as well as the health concerns that have been raised recently in the world's media.

The evolution of 'smart' technology can be summed up by the term ‘The Internet of Things’. This encompasses everything connected to the internet and objects that "talk" to each other, including devices designed to turn your 'dumb' home into a smart hub - you can now turn your thermostat up, lock your doors, and play your music with a simple voice command.

This hi-tech advancement is adding to our technological dependence, and with this massively increased reliance on the internet and mobile phone technology. Network providers are also evolving to cater for this exponential consumer demand, presenting fifth-generation (5G) networks as the answer. EE for example boasts that "We've got 5G in more UK places than any other network, giving you unbelievably fast speeds and a more reliable connection."

The network providers insist 5G will bring increased capacity, provide for a higher volume of users, enable faster download speeds (with speeds of up to 100 gigabits per second, 5G is 100 times faster and more powerful than 4G), and more stable connectivity than our current 4G system as the mobile use and subscriptions rocket globally.

You will probably be aware of the 5G infrastructure arriving in your community or neighbourhood in the form of '5G Lamposts' and 5G communication towers and also the controversy in the media about 'conspiracy theories' and the possible risks to health.

So why is 5G a cause for concern?

Fundamentally, 5G will contribute to our existing exposure to a particular type of non-ionising radiation called 'electromagnetic radiation' or EMF (this is how wireless technology functions - by sending and receiving signals using EMF).

How does 5G work? It’s signal will be carried by radio-waves. These radio-waves travel between small cells, towers, masts and dedicated in-building and home systems which carry the signal to our wireless devices. How these devices receive the signal is through emitting their own radio wave or electromagnetic frequency (EMF).

What makes 5G different from previous generations is that the radio-waves emitted are of a much higher frequency. This means they require more masts in a smaller amount of space. A much faster network requires enough power and electromagnetic radiation to match this.

But is it safe?

Multiple peer-reviewed scientific studies have also illustrated that exposure to this type of radiation can cause a wide variety of conditions that can include:

Dr Devra Davis, an esteemed American epidemiologist and internationally recognised expert on electromagnetic radiation emitted from mobile phones and other wireless transmitting devices has spearheaded the campaign for greater public awareness in the area of EMF.

Her empirical, in-depth 2015 presentation at The University of Melbourne, "The truth about mobile phone and wireless radiation", has had over three million views, supporting the increased awareness and concern about EMF amongst the public. New global studies on the health consequences of mobile/wireless radiation were presented, including children’s exposure and risks. A must-watch presentation.

As of February 2016, 220 scientists from 42 countries have signed an international Appeal, directed to the UN and WHO, calling for protection from EMF exposure.

European EMF guidelines (2016) states that 'Chronic diseases and illnesses associated with non-specific symptoms are on the rise. It seems necessary now to take "new exposures" like electromagnetic fields (EMF) into account'.

According to Professor Ulrich Warnke, from the University of Saarland, EMF radiation, which is given out by light transmitters, disrupts the body's nitrogen monoxide system, which keeps cells healthy and controls gene expression.

The European Academy for Environmental Medicine (EUROPAEM) – EMF working group notes such radiation has been linked to cancer, insomnia and mental-health disorders.

So why are we told continuously everything is O.K. with 5G, and there is absolutely nothing to worry about? And that anyone who challenges this narrative is a 'conspiracy theorist or worse?

It would seem that there are credible, empirical, science-based reasons to take existing and forecasted increased exposure to EMF and the advent of 5G very seriously. Why you might ask if there are clear concerns, are these not being addressed? Well, at a local activist level, they are, one such case involved a campaign in Gateshead that was successful - click here to read.

But more generally, due to the financial gains at stake and the commercial drive from network providers, health and safety has very definitely taken a back seat.

If we cast our minds back, seatbelts aroused heated debate despite increasing scientific research in the 1940s and 1950s affirming their value in saving lives. Still, opposition remained fierce from the automobile lobby which saw them as restrictive and possibly deterring people from buying a car; this discussion continued well into the 1980s.

These arguments, in hindsight, now seem entirely absurd, and particularly in the case of the tobacco industry clandestine, conspiratorial and disturbingly fraudulent. Could the same be said of 5G?

With the vast amounts of money at stake and the huge reliance and shift towards smart technology, mobile phones and the internet are big money-makers in our everyday lives. The consumer surplus derived from mobile networks in 2019 in the U.K. is estimated at £40 billion per annum. Mobile communications support a supply chain of infrastructure, equipment, applications and content providers that accounts for 75,000 jobs, so there is much at stake.

Could there be a compromise in health and safety in this high stakes technological drive?

To begin with, U.K. guidelines and standards start with ICNIPR: the International Commission on Non-Ionizing Radiation Protection. They issued guidelines on exposures in 1998 that covered the frequency range up to 300 GHz. In 2009 they released a draft revision for consultation, and in 2010 they published new guidelines together with an accompanying factsheet, and this was again updated in 2017 (but using the 1998 directives at it's the core), but they offer only 'guidance'.

And of real concern is that according to HSE 'There is currently no well-established scientific evidence of long-term effects of EMF'.

In September 2017, 180 scientists started a petition to stop the deployment of 5G. They reasoned that radio-frequency EMF is already proven to be harmful to humans. As such, 5G rollouts should stop "until potential hazards for human health and the environment have been fully investigated by scientists independent from industry".

These are just a few examples of the need to take 5G safety seriously.

So in conclusion, you have vast amounts of money at stake, commercial pressure and little evidence of the long term effects of EMF, and as far as the impact of 5G, still less data.

What is also of great concern is that all of the guidelines, directives and statistics are based on the potential and actual effects that a fully grown adult could experience, it has no bearing on that of a child.

Before launching a new mobile to the public, all wireless device companies i.e Apple and Samsung must have their products tested following SAR (Specific Absorption Rates) guidelines set by the Federal Communications Commission.

SAR is used to measure the rate that radio frequencies are absorbed using SAM (Specific Anthropomorphic Mannequin), a standardised model of the human head and body. The SAR result is then used to identify whether the device meets the safety guidelines set by the FCC and safe to be sold to consumers.

But the SAM used to measure the rate of radio frequencies absorbed by the body is that of a large adult at 6’2” and 220 pounds in weight. SAM represents only the largest 3% of the population, meaning the smaller 97% will have higher exposure than the measured standard. With this in mind, it leaves concern for the smallest percentile of the population – children. Are mobile phones and tablets safe for their use?

A 2010 study claimed that “children's hippocampus and hypothalamus absorb 1.6 to 3.1 times higher MWR (microwave radiation) and the cerebellum absorbs 2.5 times higher MWR compared to adults”. In addition, “children’s bone marrow absorbs 10 times higher MWR radiation”. This is because children’s heads and brains are considerably smaller than adults’ and their skulls are thinner.

The wireless industry is powerful and rapidly expanding. With the rollout of 5G able to deliver speeds and bring numerous benefits to consumers.

But this should not be at the cost of human health. 5G should be adequately tested and regulated before being rolled out across the world. Conflicting research, much of it industry-funded, keeps the public removed from the harmful effects of 5G, this makes it difficult to get to the truth...But we must persevere, our future and our health are very much at stake now.

What can I do now?

There are many steps you can take to limiting your exposure to electromagnetic radiation. Simply limiting your screen-time to when it is entirely necessary and checking out the EnergyDots EMF radiation protection products at shop.lifebyequipe.com.

EnergyDot products have a list of different benefits from reduced thermal heating to improved blood oxygenation. Their customers can enjoy fewer headaches, less tension, greater concentration and more energy. The best place to start is the bioDOT + smartDOT combo pack. 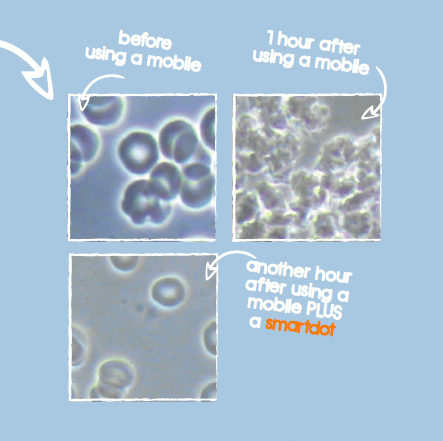 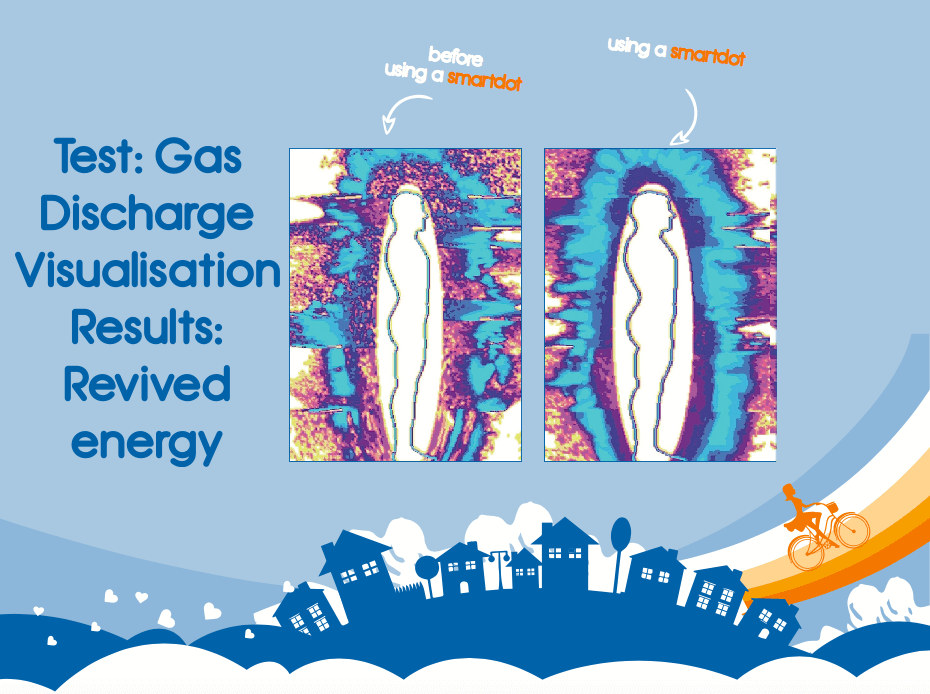 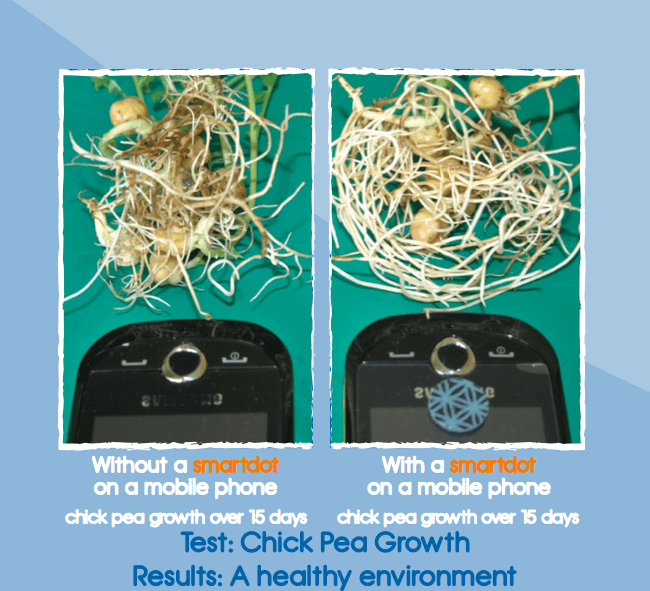 This video shows testing the smartDOT with electro smog devices. All Energydots products last indefinitely so there is no need to replace or upgrade.

How to use the smartDOT:

* For a harmonised home, stick one smartDOT onto your wireless items (mobile phones, wifi routers, cordless phones, tablets, computers, TV's, baby monitors). Think about which devices you feel discomfort in using or you feel contributes to any experience of symptoms of electro-stress.

* The smartDOT does not have to go in a specific position on your equipment but ideally you would put one on each item. If you have a computer with a wireless keyboard and a monitor you will only need one smartDOT.

* For a mobile or cordless phone, the smartDOT can be placed centrally on the back of the phone or inserted into the battery compartment if you can access it.

EMF Protection For You And Your Wireless Device by EnergyDots

Dairy-Free Pancakes - You Batter Believe It

Fill Your Fridge With Immune Supporting Nutrition Packs by PRESS